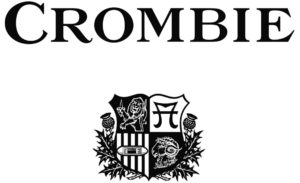 Founded in 1805, the Crombie trademark became renowned for its meticulous craftsmanship, earning its place among the founding fathers of modern luxury. It is now synonymous with authentic British style, as it’s stated in the Oxford English Dictionary: “crombie, The name of J & J Crombie Limited, a Scottish firm of clothmakers, used to designate a type of overcoat, jacket, etc., made by them”.

The 20th century’s most enduring icons, such as Winston Churchill, John F. Kennedy, Cary Grant and The Beatles, carried our understated, effortless style into the modern age. The brand’s enduring simplicity and elegance have allowed it to be rediscovered afresh by every generation. Today we continue our unique tradition – one of unrivalled heritage, unsurpassed quality, and unequalled style.

We attend Moda@Baglioni since June 2015, choosing it because the Grand Hotel Baglioni is well known and well situated.

This website uses cookies to improve your experience while you navigate through the website. Out of these, the cookies that are categorized as necessary are stored on your browser as they are essential for the working of basic functionalities of the website. We also use third-party cookies that help us analyze and understand how you use this website. These cookies will be stored in your browser only with your consent. You also have the option to opt-out of these cookies. But opting out of some of these cookies may affect your browsing experience.
Necessary Always Enabled
Necessary cookies are absolutely essential for the website to function properly. This category only includes cookies that ensures basic functionalities and security features of the website. These cookies do not store any personal information.
Non-necessary
Any cookies that may not be particularly necessary for the website to function and is used specifically to collect user personal data via analytics, ads, other embedded contents are termed as non-necessary cookies. It is mandatory to procure user consent prior to running these cookies on your website.
SAVE & ACCEPT